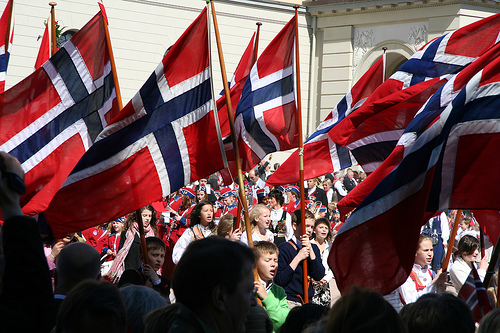 The joy of the Eurovision Song Contest is the clash of cultures as each country attempts to produce a song which other entirely dissimilar countries will like, and the only way to enjoy this camp festival of fun is to not take it seriously, but with 42 countries competing for the right to host the next show, thousands of television hours in every country, and lots of cash for everyone taking part, of course, it is completely serious.

This year was a revised Eurovision, rescued somewhat from the partisan voting which means countries vote fot their neighbours by arriving at the results via a combination of 50% audience telephone voting and 50% “expert panels” – though the make up of the panels was anything but clear. Alternative commentary from Ewan Spence in Moscow via audio recorded at the Final Dress rehearsal and Twitter added to our enjoyment. Even bewildered Americans were dragged into watching the three hour show via internet.

This year like many previous years, most songs were centred on the circus / fairground musical thread which binds Europe together. The beat of Eurodisco which predominates derives far more from oom-pah bands than Detroit. Despite this lowest common denominator and a tendency for hilariously bombastic stagecraft, standards ranged from the instantly forgettable to the sublime.

Norway’s Fairytale song won hands down. Written and performed by a 23 year old Snufkin look-alike, with the sonority and harmonic cadences to appeal to east and west, it struck a chord across ethnically and musically diverse Europe. Jade and Andrew Lloyd-Webber’s UK entry did passably well, but with a rather understated stage show, and a song modern and American in style, the UK would never win.

My personal favourite for straight musical reasons was Iceland’s entry, sung by Yohanna, notable for a strong, uplifting vocal melody, chiming harmonies and classic pop-rock structure. Lyrically it was remarkably similar to the winner – his a fairy tale, hers a fantasy – typical recession fare – unsurprising in these troubled economic times.

I think this song is somehow reminiscent of Tasmin Archer’s big hit, Sleeping Satellite. What do you think?

3 Replies to “Eurovision or Eurotrash?”