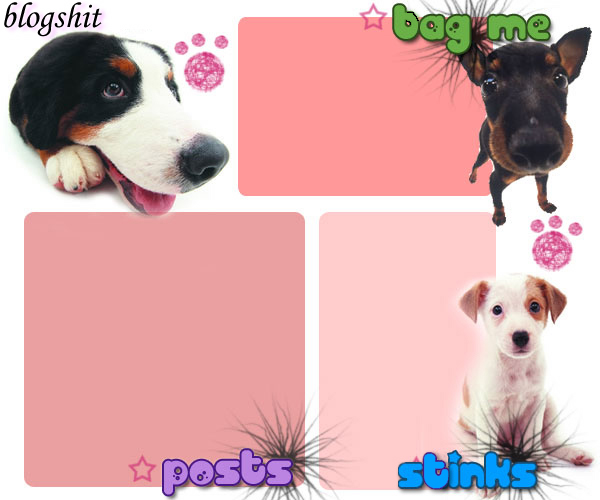 I don't enjoy taking these pictures, believe me, it's an act of civic duty. This one I REALLY didn't want to go near... ewww...

I included my FEET in this image, to give an idea of the gargantuan SCALE

I started this a month ago knowing that I was putting myself in a terrible position by committing to the catalogue of canine abuse that pollutes my local environment, and anticipating that one of these days, the shit was going to hit the fan. Today, the biggest and most badly-placed dump to date - right in the middle of the alley which is my entrance to the outside world and the Street of Shame. Worse - it was done in the 10 minutes I left home, walked with my partner to the station and returned. Some local bastard just wakes up and lets their dog out to shit anywhere it likes, unsupervised, and I am now determined not only to create this archive for local political purposes, but also to discover and out the inconsiderate dog owners.

There is more than one culprit; but one Dog out there is the Dog of Shame, who strikes reglarly and with callous abandon, and He Shall Be Stopped.

It's everywhere. Saturday morning.. I think that dogs must go out on Friday night just to have a crap dumping party:

The ones I avoided in the dark have now been semi-flattened by a couple of unfortunate feet: 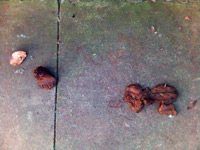 I gave up recording the street of shame at this point. There was just too much of it... 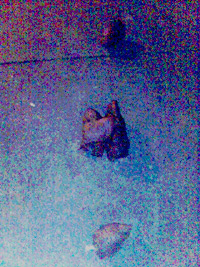 I nearly trod on these three iced mountains, they were so hidden in the dark winter night. Even with the cold weather keeping people indoors, they'll be flat within a couple of hours

This one was squished early in the rush hour; you can tell by the multiple flattening and different shoe marks. 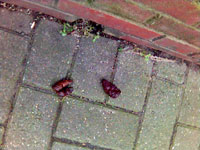 These two foul dark nuggets have appeared by a wall towards the main road. This might make them less likely to be squished, but then, they are more likely to remain longer... 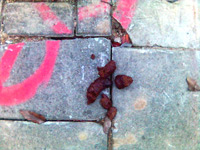 Another mighty dump - it has all the characteristics of last week's Big One. I'm thinking it's probably the same pooch on a follow-up attack.

Luckily this one was scooped by the local streetcleaner before it got squished, but not before it caused a nervous few hours.

It's really splattered now... sticking leaves to the pavement

This is too far from the "The Big One" to be related - it's fresh, it's been flattened already, and it's semi-cleared.

What "cleared" means of course is, distributed to homes and workplaces on the bottom of shoes... 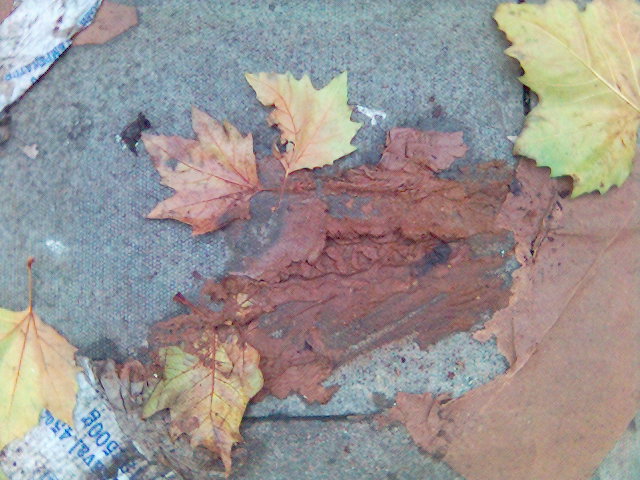 Next day, it's been partly camouflaged by cardboard but still remains a real threat 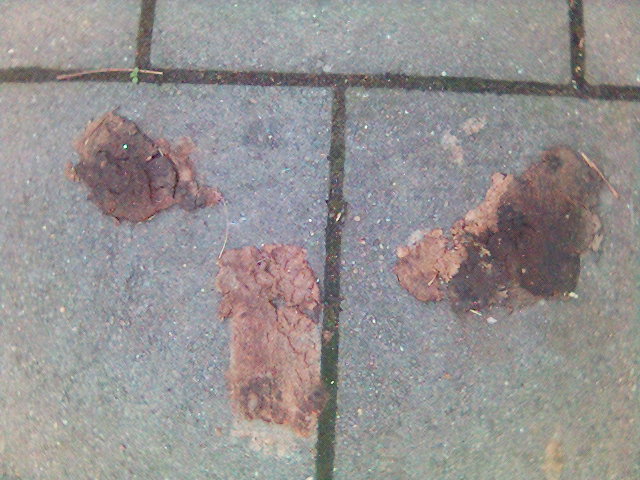 A pace away, it's travelling north... 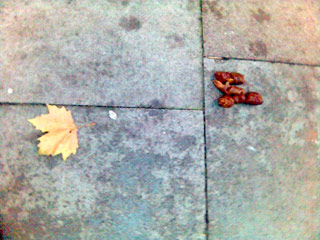 
I spend a long time dodging
dumped doggy dinners on my local street.

Sometimes I wince as
other people do
the squish and vainly
scrape scrape scrape
trying to rid themselves of
the vomit-inducing stench.

Now it's time to catalogue
the devastation wreaked
on my environment
by the dog's arse.
Deek Deekster
is responsible for this shit

AVOID THE STREET OF SHAME