I still can’t believe what David Bowie did on the 8th January 2013. Take a decade off for good behaviour, then show up unexpectedly and place the question “Where are we now?” into everyone’s consciousness. After so long a silence it is quite a remarkable achievement. Shut up for ten years, record a secret album, release new song on 66th birthday suprising everyone and entering top ten charts everywhere. Classy.

It wasn’t just the audacity and the coolness of the carefully maintained anti-hype which made it such a great event. It’s a very intelligent choice, to come in quietly. A nostalgic, observational song it’s a surprising choice of comeback but a good one, which catches the seriousness of these entropic times perfectly.

That Bowie scored a hit is no surprise. An intelligent man who has known and worked with highly creative people in many fields all his life, his early success could have been a one-hit wonder – he worked hard to get the audience he has. Tony Oursler’s video is a huge part of this. But by producing a complex meditative piece, a personal retrospective with a plaintive, questioning chorus, a lyric full of Berlin place-names sung in a sometimes frail voice, he makes an artistic statement which is typical Bowie, pleases fans everywhere and adds a few million more, no doubt.

If Bowie has genius it’s as much in his reading of the times we inhabit. The new song’s observant, nostalgic mood is a perfect foil for all the noisy self-assertion out there. Bang on for this historical moment, unrest everywhere, civil wars, bullets and bombs, it’s sympathetic to the mood of now. Berlin was a city under siege when Bowie lived there, with a free and bomenian culture. In the din of the endless regurgitated pop music machine, it stands out as an original as it catches a general mood. There’s a brand new dance, but I don’t know it’s name.

Having heard the question I can’t wait for the album, which is supposed to be full of variety and quite rocky. Perhaps that’s another subterfuge. Anyway, he got everyone’s attention most beautifully.

To quote another English poet from south London, the artist William Blake,

“The imagination is not a State: it is the Human existence itself.”

Today I shall mostly be joining DJ Apecat at Radio Orakel, an FM radio station in Oslo. Live stream here, we’ll be on air at 13:00 GMT +1

It’s all streaming these days, as Mrs Noah observed shortly before they began to collect wood.

The old adage, “there’s nothing new in rock ‘n’ roll” must be one of the most over-used clichés in the world, being used to excuse, to denigrate, to explain and to dismiss in equal measure. So what do I think of Janelle Monae’s new song and video?

Well, though the vocal is very good, the song is formulaic – but then, so much music is formulaic, many fans and listeners are scared when things don’t follow the rules or change unexpectedly, and in any case, it’s not entirely predictable and has good onward-rushing energy. The video is an update of Sinead O’Connor’s Prince cover, ‘Nothing Compares to You’ – and several thousand fixed-camera, solo face videos made since – and yet, it has its own thing, mostly because young Janelle has an exceptional face. She’s obviously a good actress, to boot.

For contrast, compare Janelle’s video with Christopher Ecclestone’s wonderful performance in the video for ‘Proof’ by I Am Kloot.

Art rises up with reference to all other art, not in isolation. Leaving aside style considerations, they are cut from the same cloth, both good in their different ways, one dealing with sorrow, the other joy.

In a comment thread, I read that Janelle can’t really have been sincere, since she was wearing waterproof makeup in preparation for shedding crocodile tears. Do people have no concept of performance? This obsession with sincerety misses the point of art, which pretends in order to enlighten.

In response, I wrote the following couplet:

People are complaining that she’s insincere
Don’t they know authentic is so last year?

One day I’ll put those lines inside a song of my own, and make a solo face fixed shot video to add to the glorious pile.

Let it not be said that music plays a side role in the great battle for hearts and minds. As the 9/11 anniversary coincides with a particularly shrill and vicious campaign by the American right, I bring you Burka Blue.

The music sounds great, very art school frauenband, an almost industrial rock pop anti-protest. I’m not sure it says anything complex, but I find the sight of the swaying blue burkas, the lethargic, non-committed vocals, the dischordant rock instruments and simple synth does it for me. 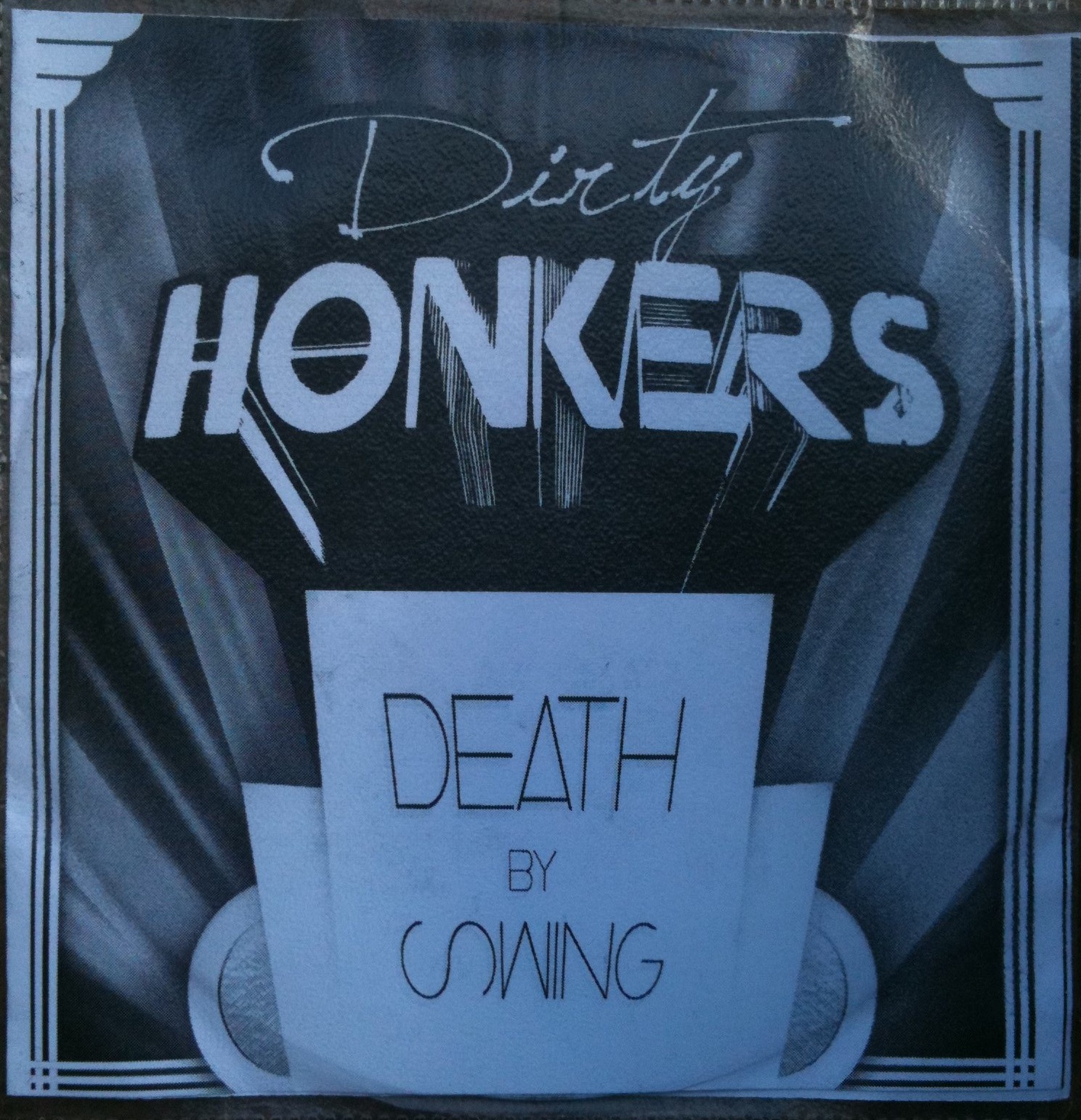 How do you make a trio sound like a big band, and rock a club? Berliners Dirty Honkers played at the Old Street club I went to last Saturday, and did just that. In midday tropical heat at midnight, they bust up the joint with artful screeches and an entertaining set which veered like an insane drunk driver between modern club and old time jazz swing.

Fronted by a sweaty and frankly confrontational Gad Hinkis, wearing a tie over his naked torso, a towel draped around his neck, MC-ing, singing and operating a laptop with aplomb, alongside the beautiful and freshly laundered Canadian Andrea Roberts, playing alto sax, singing, and unexpectedly joining the audience to strut her stuff, and Florent Mannant playing tenor sax, clarinet, adding his voice for harmonies, as well as flogging CDs, it was a hugely enjoyable, boiling hot performance. I bought their self-produced CD for a tenner and it’s as vital as anything in the genre.

Chris the promoter at the end of the night gave a joyous assertion that there’s a new electro swing club opening every week in Europe at the moment. Lots of good people were enjoying themselves hugely. I’ll certainly be returning.

Thus, I can reveal that Electro Swing is in fact more than music made by the bastard children of Mr Scruff. It takes the genre he spawned with the seminal Get A Move On – 20th century swing samples with 21st century beats – to new levels. Whether those levels are lower or higher I leave for posterity to judge. The chic retro sexiness of electro swing is an easy sell; without the musical mania of techno, and just a hint of rave creeping into the bleeps and beats to keep it exciting, the nostalgia plays it safe to the crowds.