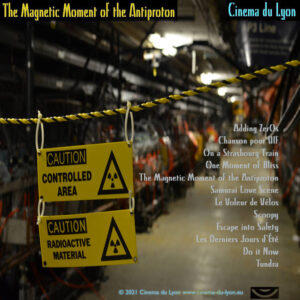 Cinema du Lyon aren’t a cinema, they probably aren’t based in Lyon and they haven’t released an album in 15 years. However… this new one is a corker. Presently available on Bandcamp, rumour has it that physical copies will be produced (vinyl? cassette? cuneiform?) and that live concerts may be entertained. Live? In this day and age? The album sticks to the non-genre pretensions of the podcast and their previous album The Particle Zoo with 12 tracks of varying mood and duration which take the illustrational ‘foley’ productions further, each one feeling like a film scene. Presumably the film is about French scientists, trains and exceptionally delicious cuisine.

I’ve loved Warren Zevon since Werewolves of London first came out of the radio in the 1970s. Much later in his life, he was diagnosed with terminal cancer, and wrote this reflective, self-aware, poignant masterpiece, My Shit’s Fucked Up. Warren manages to deal with the subject of his imminent death – remarkable in itself – with great diginity and using simple language which anyone can acknowledge. It’s emotional without being sentimental. This is a truly great performance.

If I can be as sanguine about my own fate, should it come to that, I will have achieved something of great merit.

Black and white, the twin musical threads of our culture, with roots in slavery and church music, oppression and salvation have been my constant companions. Growing up in the melting pot of west Croydon, south London suburb stuck at the end of the line, a place rich with new arrivals gave me the best of both 1960s and 1970s worlds as the melodies and beats sowed seeds in my fertile consciousness.

Since I started to sing in tune as soon as I could speak, much to my parents’ pride, I was aware of these beautiful twin flames of our cultural heritage. Aged five, my favourite music was acoustic folk and big band jazz, mainly because my two first (donated) records were The Spinners and Glenn Miller.

While my older brothers rocked out to white music – Deep Purple, Springsteen, The Who, Bowie, I and my schoolfriends, half of whom were the sons and daughters of immigrants from the West Indies, Africa, India, Pakistan, Cyprus both Greek and Turk, mostly preferred black music – Motown pop, sweet soul, and the blissfully tuneful reggae of Bob Marley.

Mixed race fraternisation was normal in 1970s and 80s sunny Croydon, though we suffered the same institutional racism which led to the Brixton riots as well as high local membership of the BNP. I hadn’t studied the history of music at that point, but I knew my social history, including the story of Wilberforce’s fight for abolition, and it was no stretch for me to enjoy emerging militant black consciousness. But before race became truly politicised via rap, music created its regular miracle in our hearts, instilling love for blackness in our essentially white British culture. Many bands of the time were not just paying homage to black music, but were truly infused with it. Even between polarised tribal extremes, skinheads and rastas, there was an occasional coming together via the guitar – the Isley Brothers, Jimi Hendrix, very few remained unmoved by these masterly tours-des-forces. 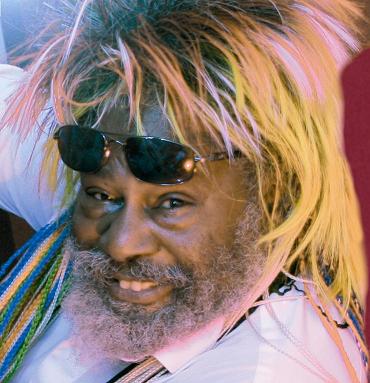 As we grew out of our school uniforms and into civilian clothings, we got disco and ska. Heatwave, KC and the Sunshine Band, Stevie Wonder would all be turned up on our always-on kitchen radio, along with the Specials, Madness, Ian Dury and the Blockheads. Parliament and Funkadelic weren’t on the radio – I traded album loans with the dapper Ken French to experience psychedelic funk in all its otherwordly wonder. 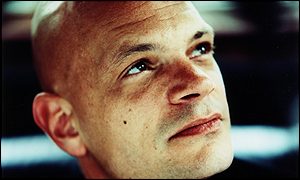 I know now that these outward ripples of black music, from Jazz to Soul to Pop to Rock, were echoed all throughout the developed world, Europe and America and elsewhere. A friend of mine, Ashley Slater, Canadian by birth but brought up in California joined the British Army at 16 years old, partly to afford his musical training. In the barracks, he told me, at first he was the only one playing and digging Earth Wind and Fire, to the disquiet and derision of his fellow squaddies.

It didn’t take long in this musical hothouse for the exquisite brass arrangements, beats and harmonies to win over these hardnut whites. They ignored the afro hair, the ludicrous costumes and the disco glitter – the music was too good. They even started diggin’ on James Brown, saying it loud, black and proud. By the time he bought his way out of the army, to sign a deal with Island Records, they were converted.

As colour and race has become less of an entertainment business novelty and more of an everyday marketing ploy, the cross-over tradition became less apparent, but it is still significant. My enduring love of funk, as well as much music in other traditions stems from a hybrid blending of cultures, the opening up of new avenues for exploration.

Many of my favourite artists retain some pronounced elements of blues and jazz and dance music, where it collides most beautifully with western folk or classical academic traditions – Prince, for example, and latterly Little Dragon, who are actually a Swedish band with a Japanese singer, Yukimi Nagano. She has a superb voice which seems at once both east and west, and the music lays her artfully modern, soulful, poignant melodies over stripped-back cool electronic funk. It’s as good as anything I have ever heard, and it defies pigeon-holing – just the way it should be.

I don’t believe that music will ever be contained by boundaries for very long, because it is so connected to what makes us tick on a soul level. That doesn’t mean disempowered kids in grinding poverty won’t look for music which speaks to them in a language which can be understood, disregarding all other forms in their passion; but it does mean that the rawness of oppression will still have the power to invigorate and transform the subtlety of the orchestra, and that the Devil, having the better tunes, will still find his way into church.

Exploring the merits and demerits of composition techniques, I have written here and elsewhere about recycling, quoting and sampling music. I have pondered the commonplace practises of borrowing themes, phrases and styles, and the inevitability of inspiration leading to imitation. Since this blog is also intended as a demonstration, I thought it would be sensible to take something of my own where this has occurred and examine it on that basis.

For a couple of years, I enjoyed a great gig in Mondello, Sicily, which is a holiday resort of that beautiful mediterranean island which the Italians enjoy. The booking was 3 weeks to a month long, usually in one or two clubs, in February, out of season, so the venues were full of locals rather than tourists who would have expected a set full of covers. We were booked on the basis of our dynamic live show and all original songs.

My band at the time consisted of myself on lead vocals, keyboards, guitar and anything else I could lay my hands on, my writing partner and friend Kevin Goldsborough on bass and guitar, a 16 year old Ross Godfrey, who went on to star in Morcheeba, on guitar, his dodgy friend Nick on sax and percussion, and Sophy Griffiths on vocals and acrobatics. A drummer would have eaten up our funds, so we replaced live drums with loops, which I created myself from rehearsals, and programmed beats. I used the playback element to enhance the arrangements, which gave us a bigger sound, and kind of made up for the lack of kit. It was a modern sound for the time, and mostly the gigs were a riot.

She was the greatest thing that ever happened to him,
Tender as a girl can get
It would ease your mind to know, but you won’t ever
If she told you now to go, you would forgive her…

“Angel” is a song I wrote to fill a gap in my band’s live set, designed to get the crowd moving. The laid-back Sicilians were there to watch, listen and socialise, but we could generally coax them onto their feet. This song, which describes the siren call of sexual promise, quotes one of the most inspiring pop / rock musicians to have emerged in the latter half of the twentieth century, David Bowie.

Aside from giving me the ability to co-write with one of my musical heroes, the song is a collaboration with Kevin Goldsborough, who supplied the wonderful melodic bassline, which moves from dark and brooding in the verse to cheerful and uplifting in the chorus. We wrote hundreds of songs together, until it became second nature. Kevin’s musical clarity and expression remains a sublime part of my life. Funnily enough, he comes from exactly the same part of London as Bowie, and when he sings, listeners often pick up on the similarity. It’s the south London vowels.

With “Angel” I wanted to introduce layers of meaning, making the song accessible to the listener without knowledge of the other song, whilst adding another dimension to anyone who did have knowledge, which illustrated its meaning on a meta-level. I don’t think it matters that few people would get this – it is in the song for seekers to find – so long as it works on the simple level of tune, narrative, groove. Falling under a musical spell is an analog to falling under a sexual spell, commanding the soul and demanding that the body moves.

I quote Bowie’s song both indirectly by referring to it lyrically, by interpreting it in the arrangement, and also directly by incorporating it into the chorus. I’m not going to tell you which song I quote – if you know, then leave a comment, and I will fess up. This is a demo with a live vocal, recorded on a four track tape machine, so it’s a little bit rough around the edges sonically, but that is forgivable. It is a decent representation of how the band sounded live, and I think the recording is good for all that.

Back in April 2005 I wrote an article about a marvellous song called “The Object of My Affection”. I wanted to find out who actually wrote the song, and sure enough, I got comments which helped me find out. Or so I thought, because today, a third claimant has shown up to add to the story. Was it Jimmy Grier, Coy Poe, Pinky Tomlin, all three of them, or Loyd Loewen?

I have this song on marvellous junk store vinyl, as part of an album called “Songs That Brought Sunshine Into The Depression” by the Hollywood Sound Stage Chorus. Back then I wrote:

Songs generally sell well in a depression. When the shit hits the fan, the share prices plummet, and the economy takes a dive without a breath and doesn’t come back up, then songs are sometimes all we have to keep us from despair. Songwriters know all about this. There are a few individuals in the songwriters’ fraternity who write smash hits and never need work again, but believe me, these are the exceptions, and for every one of those numinous beings, there are ten thousand grafting away at the songfactory.

Even a huge hit doesn’t avoid the financial ruination of the taxman, unwise choices of leisure activity, and that expensive marriage / divorce, and many is the time I have heard of, and known, surprisingly wealthy songwriters being on their uppers once again. The rollercoaster of the economy exactly matches the ups and downs of the creative life.