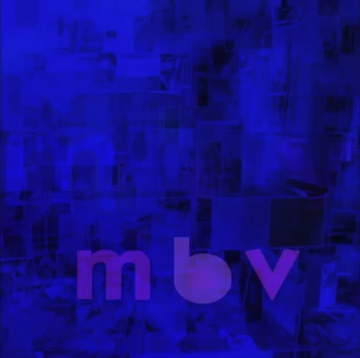 Just Like London Buses, you wait a couple of decades and then two come along at once. My Bloody Valentine are by no means the most hasty of bands, with a twenty year lay off in their release schedule, but as if by magic they have produced and released a new album, tantalisingly entitled m b v.

They must be miffed though – Bowie nipped in there and stole the WOW moment for ancient acts making a comeback in January. I predict by the year’s end there will be a baker’s dozen of such miraculous events, possibly even a new Elvis Presley album.

Here it is in a slightly hobbled try-before-you-buy format.

Surely I shouldn’t be watching this right now, since David Bowie is a PRS registered UK artist and YouTube and PRS are in dispute and all the music is blocked. Not this though, thanks to @lagowski for the steer. Mind you, Bowie has advocated and pioneered the use of music on the internet, and like Prince, and a select band of enlightened “old style” artists has seen the value of digital music sharing: an essential route to new fans, along with radio, tv and playing live. If they have never heard you, they can’t like you. For artists with something to say, it’s also a direct channel to the people they love the most – their fans. Do not underestimate the power of disintermediated uncensored mass communication.

This is a pretty rousing live version of the classic Bowie song, his rock anthem par excellence, but you can hear the march of a thousand gigs in the performance. Bowie uses his mature voice in a unique way though, what energy. I’m a big fan of Bowie’s “trilogy” songwriting period: Low, Heroes, and Lodger.

The first single I ever bought (aged ten) was Space Oddity.