Some collaborations are as unlikely as apple pie served with anchovies, and yet, if there is enough shared intent to bring the enterprise to fruition, the songs produced can be unexpected miracles. 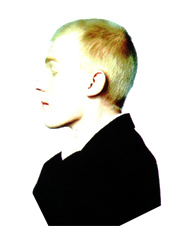 In 1998 I was recovering from exhaustion, clinical depression and a long-term relationship breakup, feeling bleak, despondent and wasted. I hadn’t much to give. Enter Mick Martin, one of the most creative people I have ever met. Possessed of a profound and subtle musical sensibility, Mick had been part of the trio of Habit, the first band I wrote with that achieved commercial success, and appearing out of the blue, he somehow twisted my unwilling arm and got me involved in his music project.

Mick is a fan of pure pop, as well as artistic luminaries such as David Bowie, Tom Waits, Kraftwerk. When I first met him he was technician and a one-finger keyboard player, but that didn’t prevent him from having good musical ideas, many of which came from the time-honoured route of audio collage and sampling. Mick is also good collaboratively; with a strong sense of when a song is truly finished, he works hard to achieve his visions, but is prepared to share and include ideas, which is important. Mick was working with singer Emma Whittle, a backing vocalist in his brother Vince Clarke’s band Erasure. Our writing sessions benefited from Mick’s work ethic and the down-to-earth use of his own remarkable talent, which is conceptual and original but which doesn’t rely on being an instrumentalist, as much as his determination to write material for Emma, who he sincerely believed had what it takes.

Mick would never use his relationship to his famous brother for self-aggrandisement, or even (it sometimes seemed to me) perfectly logical advancement. If anything, having a famous brother made Mick wiser to the downside of the music business and conscious that he must tread his own path to succeed. Having brothers myself, I could understand that. But despite this caution, we did get to trade favours with Vince, and together we worked on material for Vince’s side project Family Fantastic and thus we earned studio time in Vince’s wonderful, sunken circular studio. 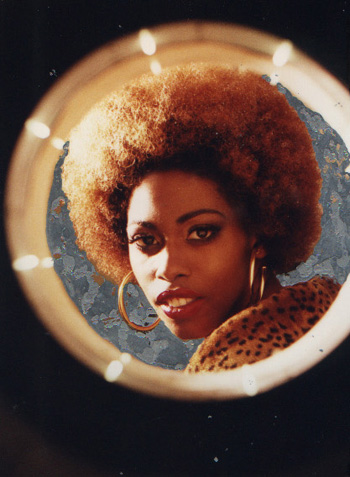 Emma hadn’t done a lot of writing, so the project was as much about writing songs which connected with her complex internal world as it was defining an artistic statement which we all felt could work in the hard, outer world of music business. In 18 months, we progressed from bouncy synth pop – the kind of material that Habit had been good at – to a more sophisticated, darker trip-hop tinged style which suited Emma’s voice and moods.

For me the pearl in the set has to be “Am I A Voyeur?” which is based on an infectious lounge groove in 3/4 which Mick had constructed. I was having a strong lyrics day, and working through aforesaid depression, wrote a fluent, punning lyric about the crime of looking but not having – an accurate description of my own situation – around a lazy jazz verse melody, which rose and soared plaintively in the chorus:

“Am I a voyeur on the outside looking in?
Find me a lawyer and book me for my sins
My case is hopeless, I have the wrong attitude
Guilty or blameless, the prosecution has to prove…
No judge or jury will hear my confession
Even if it’s over just won’t learn the lesson
God is my witness, and I have had enough
Release me I’m a prisoner of untouchable love…

Around you my whole world keeps turning
Inside out, so close we’re moving..” 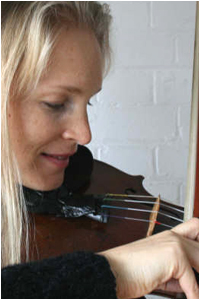 Happily, Mick and Emma liked this idea, and the production went well. The icing on the cake was musician Sovra Wilson-Dickson who played delightful Stéphane Grappelli-esque violin for us in the middle eight.

I always thought we should translate this song into French.

This period was possibly the most important in my songwriting career. It arrived when I was spent, and showed me that I could still produce good songs, no matter the state of my emotional life. It’s not essential to be completely screwed up to write meaningful romantic songs, but it does give you a lot of material which is much better out than in, and I did need to let it out.

It also did me a lot of good to express myself through music without the strain of having to be the leader – Mick was leading the project, and Emma was the singer, which gave me a lot of freedom. The discipline of writing and producing, and the fellowship with Mick and Emma restored a level of confidence to me quite rapidly, which might otherwise have take years longer to resurface.

Some musical projects are healing to the people involved in them – for me, this was such a one.