Music is full of references to other music, and of course, it always has been. The question is: when is a reference a steal? At what point does a composition take on a life of its own?

There are many examples of original music referring to other pieces of music, either by directly quoting in a new arrangement, or by developing an idea further, embellishing and producing variations. Mozart, Beethoven and a host of other composers took folk tunes as the starting point for symphonies. Roy Orbison (I just learned from Elvis Costello on BBC4) stole a melody from Schumann.

All this is normal, and fine, and there is certainly nothing wrong with an honest steal. But what of dishonesty? It becomes more difficult when expert musicologists are produced in court to determine legality. There are famous cases of plagiarism – Andrew Lloyd-Webber has been accused of stealing several times over the years, from Puccini (settled out of court) to Pink Floyd, and December 2008 saw a dispute between guitarist Joe Satriani and Coldplay. Whatever the various merits of the cases, it’s not surprising that big money artists attract this kind of legal battle. 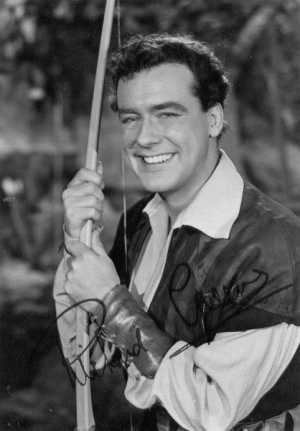 Musical value has been determined since the early 1900s on rules which attribute most value to melody and lyrics, but this western academic system doesn’t reflect the actual value of musical elements in contemporary pop. Post-jazz, black music has dominated and infused all music, in which rhythm is the most important, main ingredient. If pop songs were costed based upon rhythms, and royalties paid out for their usage in the same way lyrics and melodies are paid for, people like Bo Diddley and Chuck Berry would be multi-billionaires from the thousands of songs which use rhythms which they invented, or at least, first recorded.

A stack of modern music – beginning with dance, but extending to all kinds of contemporary music – not only takes melodies, rhythms, riffs and sounds from music, but uses recordings made by other artists as a building block for an original composition.

This re-use of other artists’ work via audio collage is commonly called sampling. Pop music composition started to heavily use sampling in the early 1980s, as computer technology became affordable. AKAI samplers changed pop music, and are responsible for many existing stars, Norman Cook aka Fat Boy Slim among them.

When James Brown became aware of how many tracks were using a sample of his recording of “Funky Drummer” which features Clyde Stubblefield on drums, he engaged an entire team of lawyers to track usages and sue, a shrewd move which significantly increased his income. Stubblefield, who reasonably claims to be the inventor of that groove, gained only fame.

But it isn’t simple. Whilst these days, writers and artists are more savvy, copyright laws still differ from place to place, even within the (mostly) law-abiding developed nations. In the US the concept of “fair dealing” and the right to parody make certain re-usage permissable. It’s a widely-held but mistaken belief that such rights exist everywhere, but they don’t. In the UK, no such exception exists, although it has been suggested by the Gower Review.

Personally, I love music which uses raw sound as building blocks to make something new and find much of it delightful. But, unlike some people, I mostly dislike tracks where an old song is merely “updated” by creating a new recording, the new artist’s label paying for the right to use the sample of the original, and then producing a bass-heavy, highly compressed “modern” song, which is usually a rap, and which usually only uses the old hit’s “hook” repeated ad nauseum. All that serves to do is line the pockets of the original artists, as the young pretender basks in the shine of older artists’ talent. It often reduces the sublime to the crude.

On the other hand, even the most uneducated listeners can sense musical authenticity and authority, they prize this over almost everything, and they don’t really care whether an idea is stolen or not. There have been some great, almighty, inspired steals by artists like Public Enemy, the Beastie Boys, Eno and Byrne, and DJ Shadow. I think we need an updated appreciation of this great art of borrowing, and new legal definitions, to accomodate and respect this kind of hugely popular art.

I listen to lots of music which includes samples, but it’s all original in some essential way. I don’t like copy cat songwriting or singing, though, I find it utterly vapid. 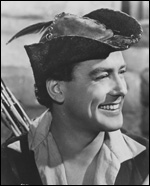 If you mix the old capriciously and unexpectedly with the new, something wonderful can emerge. I also use samples in my work. I use them consciously, aware of a history that goes back to Musique Concrète, which is as broad as it is deep. I also quote from other writers and composers, most recently a passage from Vaughan Williams 6th Symphony which I scored by ear and re-arranged to suit a title sequence.

Back in 1994 I was doing a lot of eco-campaigning, and at the same time, listening to 1950s and 1960s TV themes. I had a brief hit with a remix of Captain Scarlett theme, written by Barry Gray, but that story is for another time. One tune I had a lot of fun with was the theme from Robin Hood, written by Dick James, which spent eight weeks in the pop charts in 1956, reaching number fourteen.

My version is called Robbin’ Hood, and it tells a story which I want to put on video. The Sheriff’s men show up and cause havoc. Robin Hood’s men come and see them off, and a celebration ensues. But while everyone’s partying, the Sherriff’s men sneak off into Sherwood Forest, and start to cut down the trees where Hood and his Merry Band make their home, and they have to hightail it back to safeguard their environment.

The moral of the story is: don’t win the battle, but lose the war. Or maybe it’s: look after your trees. Or, maybe it’s don’t forget to close the door on your way out. Either way, I really enjoyed putting the tune together, which features the very talented Kevin Goldsborough on acoustic guitar, myself on guitar, jews harp, percussion, chickens, swords, horses and crickets.