One sunny day in May, this sweet singalong song seemed to arrive from nowhere. My co-writer Kevin started playing a picked guitar phrase, I started singing, and out popped a song as fresh as a summer mushroom, a cheerful song of survival born from pain, a song of finding peace in hardship.

Top of this City is as good a song as I have ever written. It was the middle of the deep recession of the 1990s, record bankruptcies, unemployment, and a discredited government, and the words flowed from the situation I was in personally, and from observations of the suffering all around me. Not at all sophisticated and cool, it is naive, warm and approachable. I’m usually critical of my own work, but I love this song just as passionately as all the music that does it for me.

Based around a lilting country guitar riff with a classic pop structure, it is deceptively simple and short, coming in at around 3 minutes 30 seconds. The beat isn’t really that funky but it bounces, the bassline is folky, almost jug band. The melody follows the chords, descending in the verse, and ascending in the chorus. The middle eight is short and mournfully sweet, injecting the blues which are always there, hiding behind the brightness.

I also love this song for autobiographical reasons. 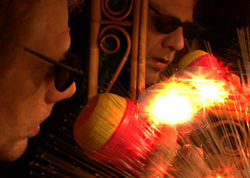 For the best part of a decade, my favourite co-writer and best friend in the world was Kevin Goldsborough, a tall, kind, fragile man, 6′ 4″ craggy blond from Yorkshire viking stock. Kevin’s unique musical ability was natural and largely untutored, and born from daily hours of playing any instrument he could get his hands on, his huge fingers flying intuitively around the fretboard, the keyboard and drum kit. He was cripplingly shy, and yet had a leonine extravagance to match Mick Jagger. He sang in a Bowie-like baritone which accent was his by dint of having grown up in the same area of suburban south London. His sense of rhythm was funky, he could rock, he had the blues, he was a soul man, he had a sense of poetry and of humour, and his taste was broad and various.

My musical marriage with Kevin was a wonderful affair which produced song after song. As well as completing many of his own compositions, he was capable of providing riffs, basslines and chord progressions for which I had no problem writing melodies and lyrics. He also gave me license to arrange and produce to my art-heart’s content. Kevin was prepared to go the extra mile, and he would also somehow combine patience for all my ideas with straight honesty. If he ever said, “that’s not as good as before” he was pretty much always right.

In our heyday, we would come together and effortlessly write and record beautiful songs between noon and teatime with no fear of blank canvas. Seeking to please only ourselves and one another, we pleased thousands. It helped that musical ideas were pouring out of both of us, so that if one was not particularly inspired, the other would pick up the baton. When we were both on fire, we were unbeatable.

Writing Top of this City, pictured a young child in the middle of chaos, watching her family chase dreams, lose jobs, and fall apart, and recalled my own feelings as a child growing up in the recessions of the 1970s on Crystal Palace hill. I would climb up the fire escape to the top of a building, and gaze down from the flat roof upon the ant-people and toy cars. Rising above my problems, in my secret place, I found a peace there which I later understood to be a basic form of enlightenment.

The trick was to draw this experience in simple lines and primary colours, in keeping with the childlike simplicity of the song:

My mama’s sick, my dad’s been fired
By the boss he once admired
And my big sister looks so tired
As she waves goodbye to all her desires 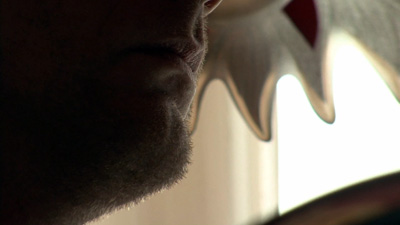 As well as being about family breakup and childhood depression, the song also provided me with a way of “getting above” the problems in my own life. Writing and performing with Kevin and the band was to last only 18 months more, as his health deteriorated, and I was becoming truly messed up by a “difficult relationship” with a woman. I don’t have a big sister – that’s a reference to the great well of sadness and grief I was discovering in my damaged lover.

Sometimes, when you write a song, it’s a sublime collision of thought, feeling and real life. There’s no predicting the discovery of these precious gems – they just arrive when they do, formed by circumstances, and as a writer all you can is keep your writing pen sharp, and your ink ready for the moment.

4 Replies to “Top of this City”