I was stunned. I left the hospital in St Anne’s Road, a thick fog of horror flooding my 21-year-old head, forming an impenetrable barrier of incredulity between me and the mundane world. It was a grey morning, buses and cars jammed Green Lanes, which wasn’t green at all, except where the shops’ gloss painted fronts made it so.

I was going to die, not like a baby on some far away beach, but in a hospital oncology ward, or perhaps in a hospice. Hospice, the word felt foul and metallic in my mouth. People waiting to exit, on insufficient morphine, sad lines of friends and family trooping dutifully, regretfully by, kind, healthy people, saying goodbye and leaving quickly, people who will see the next year, and the year after that, and more years after that. Like I won’t.

I unlocked my chained bike and tried to calm my panic. All my hopes and dreams I must abandon. All the things that mean anything to me. The art I plan to do. The music I want to record. The gigs I want to go to… I felt like weeping, but I just cleared my throat, which was dry, dry. I couldn’t produce enough spit to moisten my tongue. The cancer was down there, I could spit all I wanted, it wouldn’t expell. I’d be dead within months. 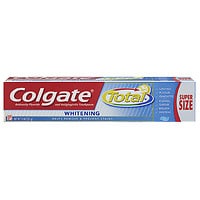 One month previously I had been spitting out my toothpaste when I gave a start of alarm. In among the foaming Colgate was dark red, brown. Shit! Blood. I rinsed my mouth with clean water and inspected my teeth in the mirror, looking for gum damage. Nothing. I tilted the mirror, inspecting my tongue, my palette. Clean. The back of my throat looked a bit red. I had been smoking for 3 years, mostly spliffs, but I was also a tobacco addict in denial; taking the opportunity to enjoy my Camel Lights on the top of a bus, or when I thought nobody I knew was looking. In the evenings I would swap cigarettes for hash and tobacco with my student pals, which behaviour was de rigeur.

Concerned, I made a mental note to make a doctor’s appointment and went to my bed where my girlfriend was already crashed and sleeping. She could be peculiarly unsympathetic about physical ailments, her parents having a middle-class no-nonsense approach to maladies which mine did not. I squashed my nagging fear, felt my breathing. I had a slight pain in my upper left chest. Hmmm. I slept.

The Doctor was a middle-aged Jewish guy with thinning very curly hair who wore tweed in all weathers. He brought out the stethoscope, banged and knocked. “Deep breath.” I obliged. “Again.” I repeated. “And again.” I hadn’t let out the second breath yet. I exhaled, inhaled. “Once more.” I started to feel light-headed.

He said that it would be best if I had an X-Ray and he was referring me to St Anne’s. I was putting my jumper and coat back on, and I felt a momentary chill as he said this, matter of fact, no indication of whether he thought I had something serious or not. I was young, so I just said “OK” and left, with the time-bomb now ticking. I waited 3 weeks, carried on at college, but I was edgy and I kept off the smokes somewhat. Then one day a brown paper envelope arrived with my x-ray appointment. There it was, on the door mat of the semi-habitable Wood Green co-op house. I picked it up as I left, put it in my coat pocket, didn’t open it until that evening. 7 days time. That was quick.

I went to hospital. I was being crabby before I left, my girlfriend’s kind reassurances no match for my internalised fear. St Anne’s was a typical Victorian brick and slate and shiny red tile and too-many-layers-of-gloss building, with radiators that were stone cold and pipes that would scald you if you touched them.

The Radiology department waiting room scared me. There was a 3 metre long light box on the wall, incongruously neon and plastic, where ribcage after ribcage was slapped up, the metal bulldog clips sticking to a magnetic strip at the top. It offended me that they were not straight. I waited. A couple of tall male doctors strode around, heels tapping on the old stone floor. I looked at the people with me, mostly old, some clearly suffering with the affliction that was going to see them dead. I wanted to be in my art history lecture, which was about Beuys, who had almost died in the war, but been rescued by the Tartars. I didn’t want to be sitting on an uncomfortable grey plastic chair for 45 minutes while my anxiety levels rose steadily, I wanted to learn about Beuys, his fat, felt, live coyotes, and dead hares.

Called in. I collected myself, entered, confirmed identity, disrobed as required, and submitted to the machine, which looked suprisingly modern in the old high-ceilinged room. X-Rays. Passing through me. Flesh and bone. Revealing the insides of the machine. “Stay quite still, please.” It was cold against the glass and metal. She retreated behind the lead screen, her white coat no protection for her ovaries. She was cute. I had zero interest. It was cold. I tried not to shiver. Done, I reclothed, returned to the waiting room, and waited as instructed. And I waited and waited.

Every five minutes or so, another ribcage would “CLACK!” up on the light box. People would shuffle or be wheeled in and out. After 30 minutes or so, no further instruction, no member of staff to ask. No sign of mine. I bit my nails. I started to surreptitiously pace, like a member of the resistance, undiscovered but trapped in an enemy-occupied train station. It was worse than waiting in Argos.

Finally, an X-Ray with my name on it. That’s what I was waiting for, if they had that I could go. I went over to look, and my scalp crawled. What was that enormous shadow on my left lung? Oh my God, that wasn’t right. I knew anatomy. Mine was screwed, that was it, I had cancer, and I was going to die.

I was a well-trained lad, it was unlike me to up and leave a hospital, but I just walked out of there in a daze. I was so scared. My mind raced. What about my lover, my family and friends? What about all the things I was going to say and do with art? I had so little time to do any of it now. I started to devise posters, slogans. At I came to the traffic lights at the T-Junction, they were turning red. I cycled on regardless to make my usual right turn, and completely misjudged the speed of a double decker bus ahead on my left, which was racing up the hill and about to cross the lights, turned green by now. Instead of getting out of the way fast, in my panic, I slipped my gears, and I stopped on the middle of the road. I was incredibly lucky not to be killed in that moment. The hiss of airbrakes was deafening, and the bus stopped about 2cm from my left leg. Cars screeched around the bus and hooted. The bus driver turned purple and began to shout angrily, and people in the crowded bus stared forward at me, pedestrians came over to me, in the middle of Green Lanes. I looked at them all blankly. I was already dead. I just went to the side of the road, put my chain back on, and I cycled home, my hands covered with oil, too numb to even weep.

The next few weeks were grey, featureless. They called me back twice more for X-Rays. After 2 months I received another letter in another brown envelope. I didn’t have lung cancer. I was clear. Nothing wrong.

There was something wrong of course. I was seriously depressed, a condition which had been exacerbated if not caused by my smoking. Two years away from home without rules or domestic restrictions was beginning to take it’s toll. It was a genuine existential moment for me, in that I suddenly felt my own mortality as a completely and utterly real thing, my puny ego realising it’s limitation. It was also a wake up call. My fear nearly killed me – I was lucky to survive that near miss. So I gave up smoking tobacco, never to smoke it since. In the months and years after that I started taking my health more seriously, eventually even my mental and emotional health.

All through this bleak period, one melody sang in my mind, one voice said it clearly. Joni, you were the only one. I was alone, unreachable, but this song, which quotes another great song so beautifully, said it all. Nothing lasts for long.

In the end, it was surmised that I had broken a minor blood vessel somewhere in my oesophagus or a bit lower down. It was nice not to be an addict. I was happy not to have died. I worked hard, and I began to do well. I gradually relaxed.

Years later, after I had been eating some chocolate late one night, I went to clean my teeth. I spat; and my skin suddenly crawled with horror and recognition. Chocolate. It had been chocolate. My face split a huge grin, I laughed, my toothpaste mouth spraying the bathroom tiles with Colgate, saliva, and chocolate.

This was written and originally published in 2005.