Not every comic song has the panache to carry the idea through to its musically logical conclusion, but The Divine Comedy’s Neil Hannan is refreshingly un-selfconscious in this charmingly silly ditty. I recently returned from Norway and Belgium and left behind me new fans, many of whom were standing on one leg. From song to meme… 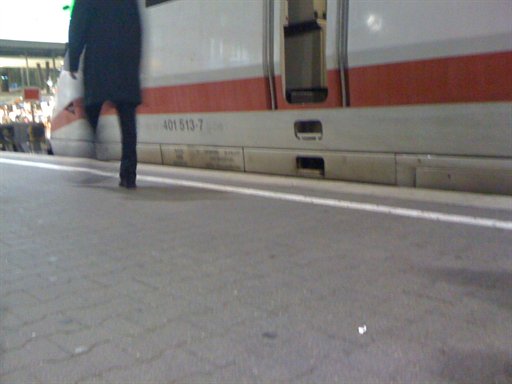 This excellently odd song, The Leanover, was tipped me via Don Ratto from Unio and Petitio. You might not get it first off – as my pal Yana said, she didn’t dislike it, she didn’t like it. But I love its gently manic breathless stream of consciousness delivery. Once you grapple with them, the lyrics are pretty good too. The guitar and drums are really beautiful – organic, crisp, and delicate in a way that makes lots of contemporary indie bands seem rather dated and woodenly formulaic.

Apparently the band Life Without Buildings has now gone the way of so many experimental and original outfits and disbanded, which is a shame because I bet they were great live. Ah well, what we have will probably attract a cult following, if it hasn’t already.

Spotify has more or less replaced radio for me. I’ve been listening to it for the last year or so.

It’s an interesting and mostly good quality service. Sound is far better than MP3 format music because it uses superior OGG encoding. Mobile, I have actually walked through a park, searching for tracks on the fly as my friend and I discussed music, and playing them via 3G with no discernable lag. This kind of service is possible with the iPhone, any decent Android phone and half a ton of Nokia devices, probably.

Spotify’s social side is pretty basic. You can share playlists, connect to people and view their public playlists. You can send music to people’s inbox, which is a nice thing to do, but I wish I could attach a simple message like you can on Twitter or Facebook. You can “share” a playlist with others which means co-create and curate a playlist, nothing more than that – yet. I’d like to see some intelligent use of RSS.

Spotify is as yet available in a few European and Scandinavian countries. It has backers in the music industry and is coping well with a patient technical rollout. They do have some gripes among their key premium users – gaps between songs being a serious, ongoing complaint. “Gapless” digital playback (as per CD since time the 1980s) is not implemented with this service. Is it the Spotify client, or is it caused by Spotify’s encode methods? Fans of long format music listening, paying for an uninterrupted ad-free service, leave in despair, unable to enjoy classic recordings as they are meant to be heard.

But the most interesting thing to me is that people are beginning to tap into the possibilities of programme making with Spotify. Danny Ryan at Kudos Records has started Playdio. He sees the cultural possibilities in the Spotify format. Publishing spoken word sections to play in sequence with music, creating an interesting kind of radio show web magazine hybrid, they are exploiting a great opportunity.

Ian Dury is one of my heroes. He was a unique person, a true bohemian, a painter who went on to make hit records with unforgettable lyrics, punk attitude, and irresistable funk, who performed and sang like a demented music hall artist.

But along with his raucous, explicit, confrontational demeanour, Ian Dury also wrote tender, touching, sublime lyrics and before he died aged 57, he wrote in 1998 one final masterpiece of an album, Mr Love Pants, with his best collaborator Chaz Jankel, and his old band The Blockheads.

This song Bed ‘O’ Roses has him at his honest, self-aware best, and also combines a superb jazz-rock-funk groove with Dury’s hilarious but telling lyric on a disastrous love affair.

“You robbed me of my natural sense of humour
And then you nailed my bollocks to the door….”

I saw Ian Dury a dozen or so times – he never disappointed.

I’ve discovered this great band, Caribou, nine years late. Well, I’ve been busy so I have plenty of excuses – although the Residents once famously said, “Ignorance of your culture is not cool”, and it does make me wonder what happened to my once unbridled enthusiasm to seek all things new and excellent.

It didn’t help me that Caribou, aka Dan Snaith, had a fight with a mean-spirited rocker over their original choice of name, Manitoba, which they lost. It doesn’t seem to have had any detrimental effect on the music, which is full of variety, abounding with modern sonics, surprising arrangements, time-honoured musical narrative and sweet, original melody. I was so taken with the music, I called several friends and insisted they open their emails NOW and follow the links I had sent them. I haven’t done that “I-insist-you-listen” routine for twenty years.

Kids: that is what happens as you get old. Everything reminds you of something else. The freshness doesn’t last. So, when something shows up that’s as fresh as a Canadian spring daisy, go crazy, in a rock-electro-psychedelic-shaman kind of way.

I’ve bought everything I can get hold of, and I’m definitely checking them out live when they come to the UK in April.

Here are two of my favourite tracks, Barnowl from The Pink Room live sessions, and Skunks which has a rather lovely animated video. It was the latter track which pricked my ears up, and caused me to recognise Mr Snaith’s truly unique talent.